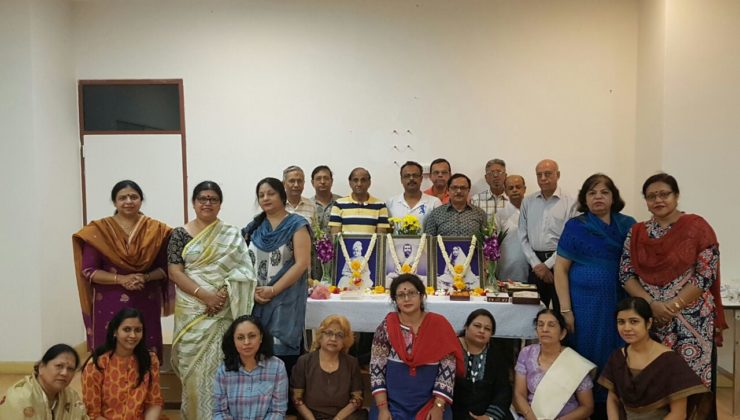 We are happy to share the report of our last Satsang….

Our April Satsang was hosted by Mrs.Roma Karmakar & Mr.Subhash Karmakar at the 7th floor hall of DS Tower 1 on Sunday, the 2nd of April. Around 25 devotees were present at the Satsang. The regular hyms were sung, followed by Skype session with Swami Vimokshanada ji. Discussion was also held on the essence of Chaiti Durgapuja as observed during Navaratri, followed by Chandi path. Altogether it was an evening well spent in the name of the Holy Three.

To note, the upcoming Satsang sessions shall witness Gita path in parts over skype by Swami Vimokshananda ji.

Uttaran is a former RVAT volunteer who currently lives in Bangaluru, India.