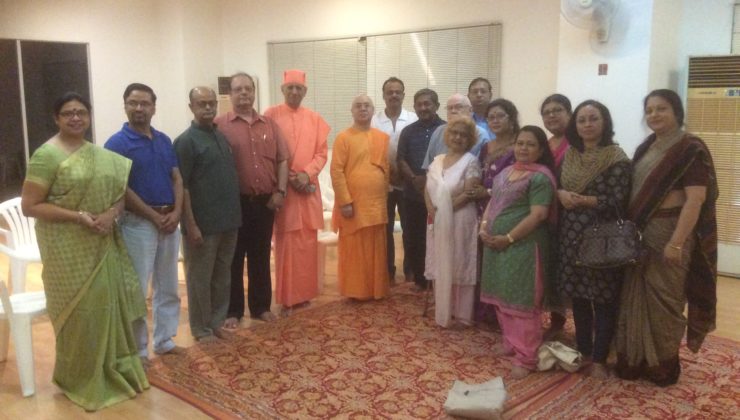 The event started with the singing of Khandana Bhava Bandhana, followed by the introduction of the two revered swamijis and brief remarks from each. There followed a lively question-and-answer session on the topics of karma, reincarnation, and other topics

The evening ended with the singing of Ramakrishna Sharanam and the passing around of the holy flame. Prasad was then distributed to all.

Peter is an assistant secretary for RVAT, runs the web site, American Vedanta, and is the founding director of the Philia Mission, a small charitable organization.