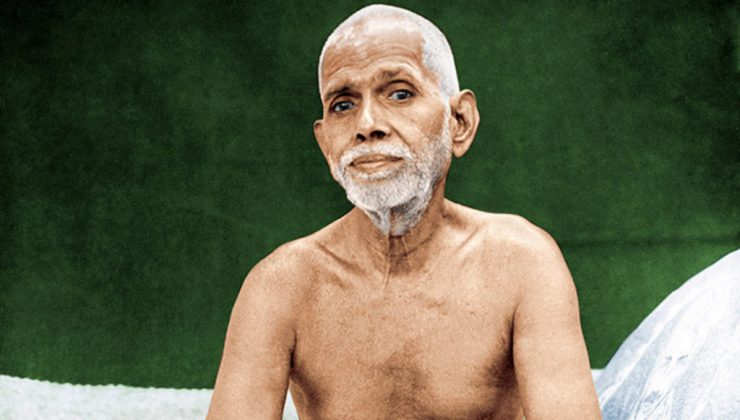 In 1939, at the age of twenty, I left my home town of Gurpur in Karnataka and went to the nearby city of Mangalore on the west coast to pursue my higher education. There, in my hostel, I came across a pictorial biography of Sri Bhagavan Ramana Maharshi that was being circulated among the students. The book simply stunned me. My immediate reaction was to think, “A Maharshi living in India now! I must go and offer myself at his feet.”

From that point onwards l became very restless of mind. I was continually planning to run away from Mangalore to Tiruvannamalai to stay with the holy and enlightened Maharshi and to be guided by him on the path of spiritual illumination. I was so gripped by this one thought that any other concerns about my further education, or the need to take permission from my parents, did not even cross my mind. lt just flashed from within that, by the grace of God, l had the opportunity to be with a sage of atma-saksatkar (Self-realisation). I felt that at all costs I must go to him and be at his feet to be guided on the spiritual path, that being the only purpose of life.

The plan for every person’s life is based on tendencies carried forward from previous lives. Generally, it starts getting fleshed out during late adolescence. The force of some past noble tendencies must have given my life this sudden turn.

I told the manager of my hostel that l was leaving, and booked a ticket to Tiruvannamalai. A few days later l was sitting in the corner of a compartment on the Madras Mail. It so happened that in that same compartment an elderly brahmin gentleman was travelling with his family. After sharing food among themselves, the head of the family turned to me and asked where I was going. He was surprised to learn that such a young student as myself was going to visit the great sage in Ramanasramam. During our conversation he kindly advised me to get down from the train at about midnight at Villupuram station, and then take the train from there to Tiruvannamalai. Being overenthusiastic and inexperienced in travel, l had bought a ticket to Tiruvannamalai on the Madras Mail, which goes all the way from the west to the east coast, without realising that I needed to change trains for Tiruvannamalai in the middle of the journey. His advice was a God-send. Being so preoccupied with my final objective, I would have missed the connecting train. I considered it to be the Lord’s grace guiding me to my divine destination.

About midnight I got down at the Villupuram station and walked across the platform to where the train for Tiruvannamalai was standing. After a while the train started moving. At dawn, from a great distance I was able to see, between high rising temple walls, the imposing gopuram towers of the temple of Arunachaleswara that faced outwards to the four directions. The temple was situated on the site where Lord Shiva is said to have manifested himself in the form of a holy lingam nestling with Shakti at the foot of Mount Arunachala.

In most Hindu temples the Supreme Universal Divine Consciousness, sat-chid-ananda, is understood to be one with para-shakti, the inscrutable Divine Power. The Supreme Divine Consciousness co-exists eternally with this Supreme Power, which projects beginningless and endless universal systems again and again through the processes of evolution and involution. In other temples, this same truth is represented as a pair of male and female deities, such as Mahakali dancing eternally on Mahakala, the latter understood to be ever-absorbed in divine samadhi.

Within the great Indian temple culture are hidden eternal spiritual truths. Unfortunately, most of these truths are buried deep under a thick age-old crust of ritualistic tradition. Once in a while, however, for the sake of thirsty, seeking souls, a great spiritual giant—a masterly acharya, a devoted Mira, a Tulsi Dasa, or a Ramakrishna—blossoms within society as an ideal model of spiritual life. Swami Vivekananda characterises the appearance of such ones thus: nirgacchati jagajjalat pinjaradiva kesari (He bursts forth from the meshes of worldly confinement like a lion out of its cage). Sri Ramana was clearly one such spiritual giant.

After traveling throughout the night and all the following morning without eating any food, I reached Tiruvannamalai railway station about midday. Outside the railway station I found a tonga (horse-drawn carriage) and reached Sri Ramanasramam at about 2 pm. Before going into the ashram I gave away my extra clothes and money to the tonga-wallah. He then took me around the buildings and showed me the hall where Sri Ramana Maharshi could be found. l took my bath at the Mother’s temple tank, and then went straight to the small hall where the sage was seated.

Having offered Sri Bhagavan my pranams, l sat myself down with my back against a wall, as I was very tired after fasting and travelling since the previous day. However, as soon as l had done this, Maharshi gazed directly at me with unblinking, wide-open eyes. l also looked into his eyes with all humility and wonder. In this way, both of us continued to stare into each other’s eyes for a considerable time. While this was happening I felt ecstatic: Sri Bhagavan was showering his grace upon me. By his mere gaze it seemed as if the Maharshi was establishing me once and for all in spiritual life, despite all its trials and tribulations. Perhaps he intuitively saw my spiritual destiny. About five minutes later his eyes half closed as he went into introspective communion with the Self. I later learnt that it was quite common for Maharshi to remain in such states of divine absorption throughout the day and night. When one abides naturally in tune with the peace and bliss of the Supreme, it is known as sahaja samadhi: “Strange, the disciples under the banyan tree were all aged people and the Guru was young; he taught them by keeping silence, and the doubts of the disciples were all cleared up.” (Sankaracarya, Daksinamurti Stotra 12).

Staying in the Ashram

After a while, some ashramites began to distribute pieces of fruit in leaf cups to the devotees who were seated in the hall. l took my leave from Sri Ramana, and then with my share of fruit in hand, slowly entered the passageway between the hall and the kitchen. Near the kitchen Sri Ramana’s brother, Swami Niranjananandaji, the sarvadhikari (manager) of the ashram, was standing with a few mothers (ammas) who were helping with the cooking. I told them of my desire to stay in the ashram and lead a spiritual life. After some discussion they agreed to let me stay.

l was told that there had been a young man like me in the ashram earlier, who had had a little spiritual inclination. Having stayed for a while it seems that doubts arose in his mind regarding whether he should remain in the ashram. So he approached Sri Ramana and asked him whether it was best for him to stay, or else go home so he could serve his parents. Sri Ramana told him that if he felt that staying in the ashram to pursue spiritual ideals was the right thing to do, then he should do that. Otherwise, if he felt that returning home to be with his family and serve his parents was better, then he should pursue that course in life. Thus, Sri Ramana allowed the youth to follow his own preferences as dictated by his past karma, or tendencies inherited from previous births. The youth returned home, the pull towards family life evidently being the strongest.

That night I slept on a veranda, the weather being hot. Others were also spread out here and there in different areas of the ashram.

This is part one of a three-part essay. Originally printed in The Mountain Path, October-December 2009. Reprinted with permission.