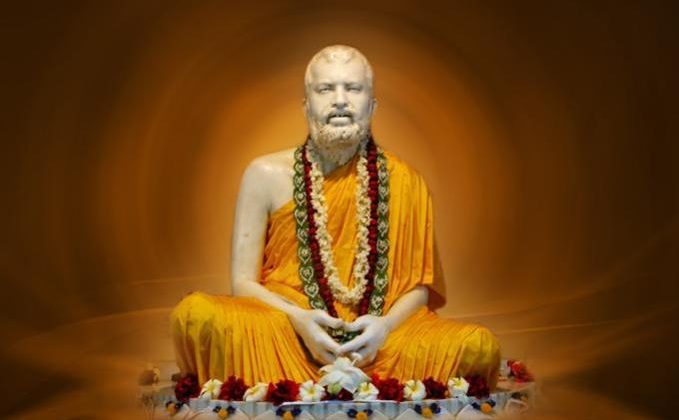 Let truth be your guide, not us. This article is from one of our members and does not necessarily reflect the views of the community as a whole.

The late Swami Tapasyananda’s book, Sri Ramakrishna: Life and Teachings, was recently updated and republished again in 2018.  Subtitled An Interpretative Study, it makes the point that Sri Ramakrishna’s interpretation of Vedanta differs significantly from the classical Advaita Vedanta of Adi Shankaracharya.

We all know the story of how Sri Ramakrishna attained nirvikalpa samadhi under Tota Puri’s guidance. Later Tota, struck down by dysentery, tried to drown himself in the Ganges, but found to his amazement that the river had become too shallow to allow it—a condition that is completely contrary to empirical reality and seems to have been a trick played on Tota by the Divine Mother.

“At this point,” the Tapasyananda writes, “a new revelation came to the astonished mind of Tota. His conviction till then had been that Ultimate Reality is Pure Being. But he realized through a new revelation that It was Pure Will also. It is this Cosmic Will, the Power [Shakti] of Brahman, that Sri Ramakrishna knew as the Divine Mother and that Tota had denied so far. Now, from his incapacity to court even self-chosen death, he found that without the sanction of that Divine Will, the Reality of realities, not even a leaf can move in this world. … By the Master’s grace, his knowledge was completed when he thus came to understand that Brahman is Personal-Impersonal or Being-Will.”

Swami Tapasyananda’s point is that “the Ultimate Reality is Being-Will and not mere Being, as maintained in the classical Vedanta.” Reverting to traditional Sanskrit terminology, we can translate this to mean that Ultimate Reality is not Brahman alone, as held by the Shankaracharya school, but Brahman combined with Shakti, which manifests Itself as the Divine Mother.

This idea is a central point in what might be called the Ramakrishna Vedanta, the Vedanta taught by Sri Ramakrishna. From it we can conclude that Sri Ramakrishna enhanced the classical Vedanta by infusing into it the concept of Shakti.

Critics may object that this turns non-dualism into dualism. Now we have not one Reality, Brahman, but two: Brahman and Shakti. Swami Tapasyananda refutes this by saying, “The Personal and the Impersonal are recognized as the obverse and the reverse of the same coin.” Does the admission that every coin has two sides constitute dualism? No: there’s still just one coin.

To reinforce this point, Sri Ramakrishna offers an analogy. He compares Brahman and Shakti to fire and its burning power. These are not separate entities, but for purposes of discussion we give them different names. Fire may be considered an entity; its burning power is one of its aspects; and they are inseparable. Sri Ramakrishna also gives us the analogy of a snake at rest and in motion. It’s the same snake, but in different states.

Sri Ramakrishna’s interpretation solves a problem in the classical Vedanta. Brahman in its pure nirguna state is completely inactive. It doesn’t do anything. As such, it has little meaning for human beings. When we introduce the idea of Brahman in its saguna state, we get the possibility of meaningful activity. But we also get the question, “What caused Brahman nirguna to develop a saguna aspect?”

Sri Ramakrishna answers this question by introducing Shakti. Brahman is inactive, Shakti is active; Brahman is static, Shakti is kinetic; Brahman is inert, Shakti is dynamic. Brahman without Shakti is crippled, like a man with one leg. He can stand but can’t walk. Shakti gives him a second leg, which enables him to walk. By giving Brahman a dynamic aspect, Shakti makes It more meaningful for human beings.

Interpreting Swami Tapasyananda’s thesis, we can conclude that Sri Ramakrishna contributed to Vedantic thought by injecting into it a strong dose of Shaktiism. He added a personal aspect to what had hitherto been purely impersonal. Philosophically, Ramakrishna emphasized the oneness of Brahman with Shakti;  geographically, he synthesized austere South Indian jnana with warm Bengali devotionalism; overall, he enriched classical Vedanta by giving it a focus for devotion.

« What You Missed: Video of Our Sri Ramakrishna Tithi Puja 2021
May Satsang Announced »