Who is Sri Ramakrishna? 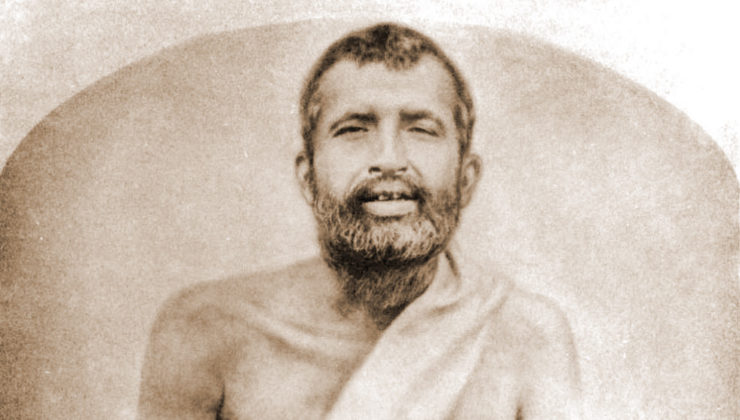 “The story of Sri Ramakrishna’s life is a story of religion in practice. His life enables us to see God face to face. No one can read the story of his life without being convinced that God alone is real and that all else is an illusion.” –Mahatma Gandhi

Sri Ramakrishna (1836-1886), considered by many to be a great religious thinker of our time, was born in 1836 from poor and pious parents in a rural village of Bengal. He spent his childhood in the fields and woods of his native village as a child of nature. He disliked going to school, as in his words, “so-called education is for earning money only,” and would instead serve the monks who stopped at the village while on pilgrimage and listen to their religious conversations.

As a young man, he was assigned some priestly work in a recently built temple near Kolkata where he practiced Hinduism, Christianity, and Islam realizing their truths. He proclaimed that God exists and can be realized, and affirmed that we must be sincere, earnest, persevering and diligent in our spiritual practices if we want to achieve the goal of human life, i.e. realization of God. He reaffirmed the ancient principle of Vedanta that each human being is divine when seen as one’s real and immortal Self. By his own realization he also brought out the ancient truth that all religions lead man to the same goal.

Soon the word spread about this remarkable man, and people from all walks of life began to visit him. He attracted real seekers of God like a magnet, and he ceaselessly taught the basic truths of religion for the rest of his life through parables, metaphors, songs and, above all, his own life.

“It is not good to feel that one’s own religion alone is true and all others’ are false. God is one only, and not two. Different people call on Him by different names: some as Allah, some as God, and others as Krishna, Siva, and Brahman. It is like the water in a lake. Some drink it at one place and call in ‘jal,’ others at another place call it ‘pani,’ and still others at a third place call it ‘water.’ The Hindus call it ‘jal,’ the Christians ‘water,’ and the Mussalmans ‘pani.’ But it is one and the same thing. Opinions are but paths. Each religion is only a path leading to God, as rivers come from different directions and ultimately become one in the ocean.” –Sri Ramakrishna